SMH on pollution stack plans for WestConnex and north Sydney

We were glad to see transport writer Matt O'Sullivan cover the impact of WestConnex's pollution stacks alongside leaked plans for the Western Harbour Tunnel and Beaches Link stacks in The Sydney Morning Herald on Friday 21 July.

The Herald's report revealed that, in the latest damaging leak for the Berejiklian government, highly detailed plans for the Western Harbour Tunnel and Beaches Link tollways have been created with the exact locations of their tunnels and pollution stacks.

Just like the WestConnex pollution stacks, the plans showed the northern Sydney stacks would be built near hundreds of homes, as well as near schools.

The Western Harbour Tunnel is due to connect with the WestConnex tollway at Rozelle / Lilyfield, and leaked plans revealed this would see yet another stack built in the area on top of the multiple stacks already planned for the WestConnex M4-M5 Link. 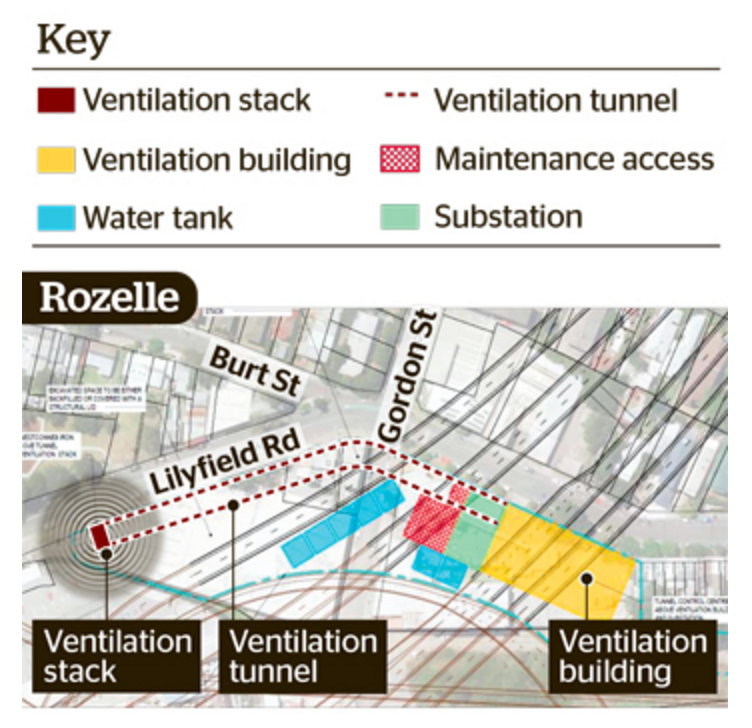 Leaked plans for yet another pollution stack in Rozelle / Lilyfield. Source

We were also pleased to see Pauline's comments in regards to current Education Minister Rob Stokes' hypocrisy on pollution stacks picked up within the article, with the Herald noting:

Education Minister Rob Stokes also came under fire for saying he would not support stacks being built near schools on the northern beaches, yet allowed ventilation towers to be constructed near schools in the city's inner west as part of WestConnex during his time as planning minister.

Pauline Lockie, an independent candidate for Inner West Council, said it was outrageous that the minister "appears to value the lives of kids, parents and teachers in Liberal Party electorates more than those in the inner west".

Read the full article on The Sydney Morning Herald website.