Residents living near WestConnex construction sites are still being denied proper soundproofing measures, despite this being part of the tollway projects' conditions of approval. Some have been fighting for proper noise mitigation for months, which is why I'll be moving the following motion at next week's meeting to get Council to advocate more strongly for these residents.

THAT Council support residents living near WestConnex construction and operational sites who have been denied proper noise mitigation (soundproofing) measures by:

1. Writing to the Premier, relevant Ministers, and the Sydney Motorway Corporation (SMC) to:

a. Express our concern and frustration that residents near WestConnex construction sites are continuing to be denied full noise mitigation measures, even where there’s proof that they’re living with unacceptable levels of day and/or night noise;

c. Reiterate our request that residents are offered alternative accommodation during any periods of night works where intrusive noise will arise.

a. Highlight the ongoing noise issues being faced by residents living near WestConnex construction sites, and;

b. Call on the NSW government, the SMC and its contractors to provide proper soundproofing and other noise mitigation measures as required.

3. Advocating on behalf of individual residents who request Council’s support on this matter.

As part of the conditions of approval for the WestConnex project, the NSW government (through its project contractors) is required to offer noise mitigation measures to residents who are or will be impacted by WestConnex construction and operational noise.

In practice, however, the manner in which this has been implemented has been inconsistent, and in many cases, substandard. This brings into serious question the ability and commitment of Government and regulators to protect communities from the huge and continuing effects of very high impact projects like WestConnex.

I have been approached by a number of residents who have reported that the noise mitigation measures they have been offered will not be enough to properly soundproof their homes against construction or operational noise.

For example, one St Peters resident, Tamara Regan, has been offered full soundproofing on around half her house, but denied it on rooms such as her daughter’s bedroom. Her daughter is about to enter her senior years of high school, and her bedroom doubles as her study. See Attachment 1.

Other residents have been told they are not eligible for soundproofing at all, despite having WestConnex construction happening outside their homes. For example, Mr James Macpherson of Haberfield currently has night construction works happening outside his bedroom window. Yet he’s been informed by the NSW Government that WestConnex’s noise assessment shows his property isn’t eligible for noise mitigation measures. See Attachment 2.

@westconnex Outrageous. 3 nights a week from 10pm - 5am and you offer us ear plugs? You have a moral responsibility to the community that you’re impacting. See letter below pic.twitter.com/vUFuCUc1mS

All of the residents who have approached me and/or Council for help have been in negotiations with the Sydney Motorway Corporation, the NSW government, and WestConnex contractors for months with no success, which is why they have asked Council for support in this matter. 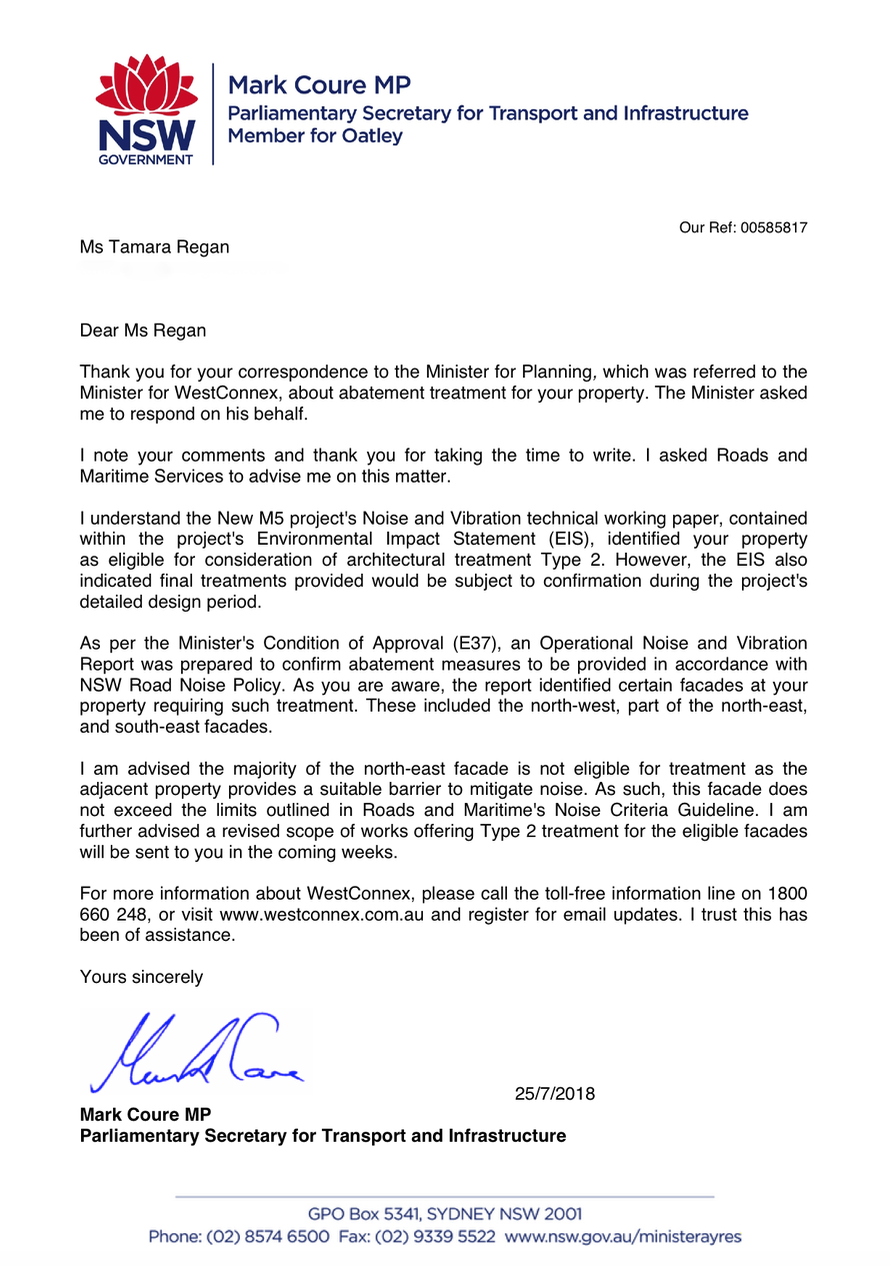 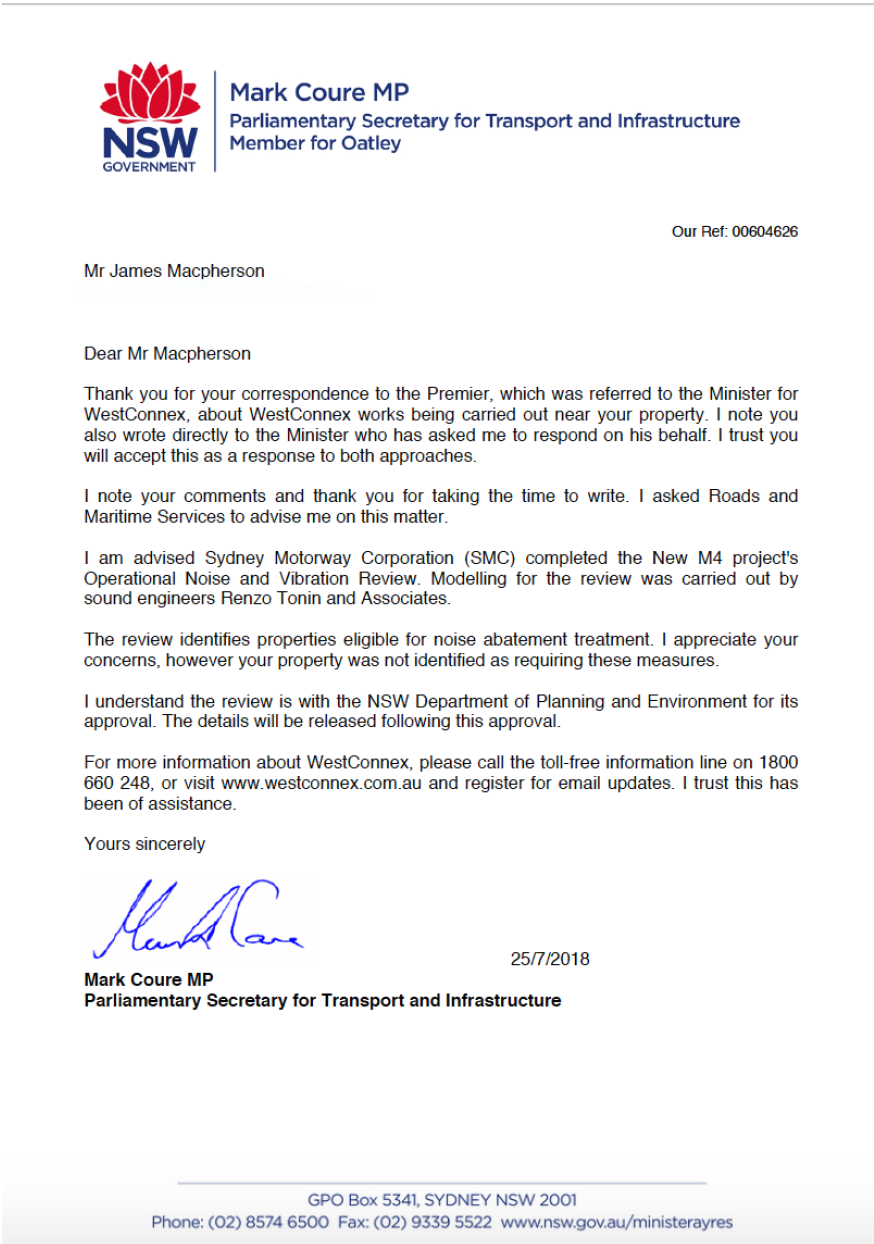